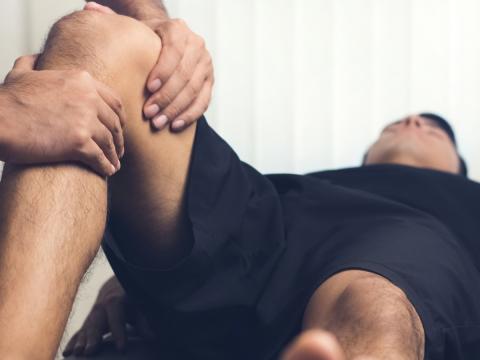 A study published last month (July 2019) in The Lancet* based on a randomised clinical trial involving 528 patients at 27 hospitals in the UK has concluded that Partial Knee Replacement (PKR) has a similar and possibly even slightly better outcome for patients at the five year postoperative mark than Total Knee Replacement (TKR), while also (in the UK at least) being a more cost effective option.

The study ran from 2010 to 2013 and used the Oxford Knee Score, a patient-reported measure to determine pain and function outcomes, to assess any differences between the two groups at the five year mark.

The study, called 'TOPKAT' for 'Total Or Partial Knee Arthroplasty Trial' was led by researchers based at Oxford University who concluded that the UK National Health Service could save around £30M (~$54M AUD) a year if PKR rates increased by just over 30%, based on the assumption that 40% of all knee replacement patients could be PKR candidates. Currently only 9% of knee joint replacements in the UK are PKR.

“Despite many previous studies and considerable data, we have never had a sufficiently large randomised clinical trial to answer this important question.” explains lead researcher Professor David Bear, “TOPKAT has now definitively shown us that both operations provide benefit and are worthwhile but, given the option, PKR is probably the implant of choice - providing sufficient expertise exists to implant it. An important caveat is that the surgeries in the trial were performed by well trained, experienced surgeons in both groups. If any recommendation to increase the use of PKR is made it will have to be accompanied by provision of adequate training and expertise for surgeons undertaking the technically more demanding PKR procedure.”

The authors of the report concluded that “partial knee replacement should be offered as the treatment of choice for late-stage isolated medial compartment osteoarthritis of the knee”.

The study also found that although operation time for both procedures was about the same (around one hour ten minutes), hospital stays were on average 1.1 days shorter for PKR than for TKR (3.2 days v 4.3 days).

Another interesting conclusion of this particular study was that there was no difference in revision rate between the two procedures. Previous studies had found a higher revision rate with PKR. At the same time it has to be noted that the TOPKAT study evaluated initially 1 year and then 5 year post operative results. Longer term follow up over 10-15 years is required to assess survival of PKR vs TKR. Higher revision rates in the Australian Joint Replacement Registry of PKR vs TKR become evident only on longer term follow up.

In the UK around 300,000 knee replacement procedures are conducted every year, which is a much higher rate per capita than here in Australia (around 64,000 per annum).

We are unaware of any similar studies conducted in Australia.

*The clinical and cost-effectiveness of total versus partial knee replacement in patients with medial compartment osteoarthritis (TOPKAT): 5-year outcomes of a randomised controlled trial