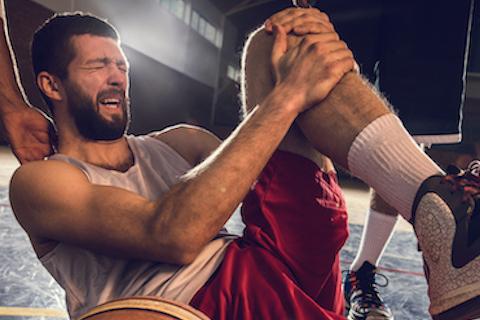 For people who take their sport seriously, an ACL injury is more than an inconvenience, it generally requires surgery to fix and involves a significant recuperation period. What is worse is that there is always the possibility of a re-tear, which can affect up to around 30% of young athletes within 24 months of ACL surgery*.

However all keen sports people, whether professional or amateur, want to get back into the game as soon as possible. The big question is – when is the right time to return to sport after ACL surgery? It is such an important question that it has its own abbreviation – 'RTS' – 'Return To Sport'.

The answer is unfortunately a complex one depending on many factors, and in addition the science is not clear cut. cut and dried. In very general terms the 'recommended' recovery time after an ACL repair is 9-12 months, however this is very dependent on whether the person has actually regained the necessary strength and fitness in the knee and leg to be fit to take up sport again.

Unfortunately current statistics indicate that an RTS where these strength and fitness criteria are not met result in four times the likelihood of a re-injury, often caused by non-contact injury**.

After ACL surgery a physical therapy program and a series of exercises must be completed to bring the knee back up to strength. The first set of exercises – referred to as 'Level 1 Exercises' should be performed daily for a 4 week period after surgery and include exercises to stretch the calf and hamstrings. The aim of these exercises, which need to be completed 1-3 times per day (and within a range of motion that does not cause pain), is to regain neuromuscular control of the quadriceps, ensure range of motion of the affected knee and ankle and strengthen the hips. After this initial 4 week period then, a physical therapy program must be followed to gradually increase strength from there.

Once a patient feels they are ready to return to sport there are a range of tests to check that they have in fact reached this point. The most common tests of function of the knee are 'single leg hop tests' and 'step down tests', but unfortunately these do not tell the whole story as they do not adequately test side-to-side or rotational movement. Another common test - the Limb Symmetry Index (LSI) may also lead to an overestimation of actual knee function.

Research indicates that a more complete set of tests may well help give a more accurate diagnosis of whether a patient is ready to return to sport or not. The recommended tests include...

The temptation, especially with younger athletes, is to return to sport as soon as possible, however all available data would indicate that the later this is postponed the greater the reduction in re-injury risk***.

For all of these reasons some researchers believe that a 24 month recuperation period is the optimal option for many ACL surgery patients, with an absolute minimum of 9 months.