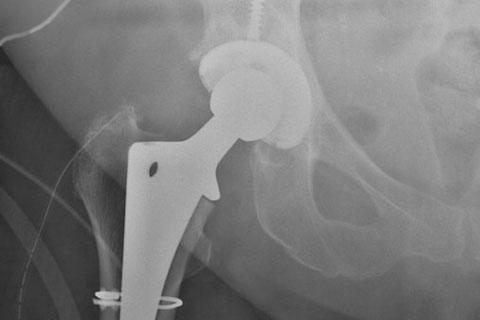 Hip arthroplasty, or the hip replacement procedure, is regarded by many medical experts as one of the most significant advances in medical science of the past fifty years. The vast majority of the millions of patients worldwide undergoing the procedure have as a result enjoyed a vastly improved quality of life, and a 2018 study in Clinical Orthopaedics and Related Research in fact showed a slight increase in longevity over the general population for the 10 year period after surgery.

However, there can still be complications after the procedure, one of which is 'Prosthetic Joint Infection' (PJI) which, although very uncommon (affecting less than 1% of patients) is a serious complication that invariably requires revision surgery.

Two recent studies have shed more light on risk factors for PJI and the effectiveness of revision surgery options.

The first is a very recent study* conducted in the UK into PJI (Prosthetic Joint Infection), which examined longer term outcomes from hip replacement surgery in a cohort of over 600,000 procedures conducted in England & Wales between 2003 and 2013.

In the study, the authors were interested in the risk of revision surgery as against general risk factors, and divided results into elapsed time periods after surgery, in five different time periods from 0-3 months to 24 months and over.

The results identified a number of general factors linked to increase risk of PJI. These were...

There were also some - perhaps counterintuitive - findings, such as that, during the first 6 months after the procedure, patients over 70 were at lower risk of PJI than patients aged under 60. Another finding was that the posterior surgical approach had the lowest risk of revision due to PJI than other methods. The type of prothesis also impacted the risk of PJI, with metal-on-metal types at higher risk than other types (eg ceramic-on-ceramic and ceramic-on-polyethylene) after the initial 24 month period.

In addition to the commonly identified risk factors (above), CPD, dementia, liver disease and congestive heart failure were also correlated with increased risk of PJI in the study.

The second study** was conducted at the University of Bristol in April this year, and focused on revision procedures, and whether there were any differences in incidence of PJI between single stage and two-stage revision procedures.

The study involved the review of 44 previous studies and found that a single stage procedure was at least as effective if not more effective than the two-stage approach, which is counter to current thinking. The lead researcher, Dr Setor Kunutsor, suggested that further research be conducted to check the initial findings of the research.