Which type of hip replacement surgery is most suitable for me? 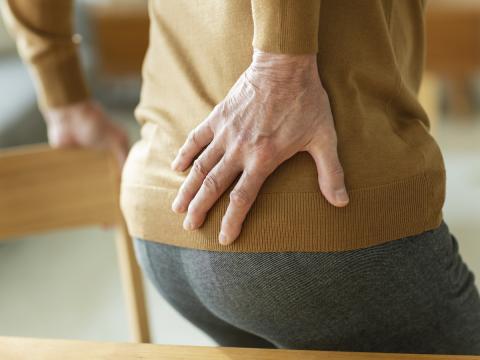 Hip replacement surgery is often recommended where severe damage to the hip joint is causing pain and limiting movement, and where other approaches such as medication and physical therapy have not resulted in significant improvements.

Hip replacement surgery is very common - around 17,000 hip replacement procedures are carried out every year in Australia, with a success rate of 95%.

There are in fact three different ways in which Total Hip Replacement (THR) surgery is carried out today and the most suitable approach will always depend on the needs of each patient. These three techniques are the 'posterior approach' where the joint is accessed via an incision to the back of the hip, the 'direct lateral approach' where access is via an incision to the side of the hip and the 'direct anterior approach' (DAA) which accesses the joint from the front of the hip.

Although the direct anterior approach is a more recent surgical technique, it has in fact been in use for over twenty years, particularly in Europe. A major difference between the DAA procedure and the other two approaches is that both the posterior and direct lateral procedures involve the detaching of muscles and tendons from the hip, whereas the DAA procedure does not require this. Instead the muscles and nerves remain intact and during the procedure are moved to the side to give access to the hip joint (this approach is referred to as 'intermuscular' and 'internervous').

For this reason - and because it involves a smaller incision, generally less than 10cm - the Direct Anterior Approach is classified as a minimally invasive procedure. The major benefit is faster post-operative recovery, but in addition there is lower risk of post-operative joint dislocation (the main cause of hip replacement failure) particularly in comparison to the posterior approach. With this lower risk of joint dislocation, some of the normal precautions advised after surgery, such as not bending further than 90 degrees, not crossing the legs and no excessive rotation, are less of an issue.

Furthermore, medical studies also indicate that patients undergoing the DAA procedure have less post-operative pain than with the other approaches, however studies also show that in the longer term there is little difference between the three approaches, even though the DAA procedure does reduce the recovery period in the short term and allows return to normal activities earlier.

There are some circumstances where DAA may not be the recommended approach, and these are generally where…

Here we have outlined the main differences between the three hip replacement approaches, however the decision as to which approach is most suitable for any one individual depends on a complex range of factors which are taken into consideration by the surgeon and discussed with the patient before any surgery.